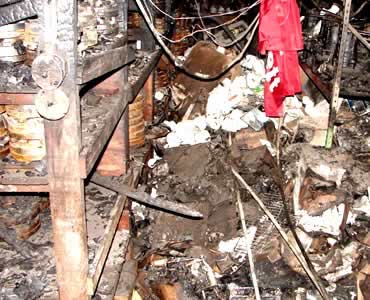 When the largest plumbing supplier in New York City suffered a devastating fire to its main warehouse, massive confusion and natural worry about the future of the business quickly followed. The warehouse contained the vast majority of plumbing parts and fixtures required to build and service all of New York City – especially skyscrapers of 50 stories and up.

The confusion and frustration quickly subsided after East Coast Adjustment LLC was retained. After a detailed and rigorous adjustment process, East Coast Adjustment and its experts were able to prove that the loss should be paid at $6 million – and not the $2 million the insurer declared. The insurer paid the $6 million sum and the plumbing supplier was able to recover its business.

We can promptly report the loss to your agent or broker or directly to your insurance company.